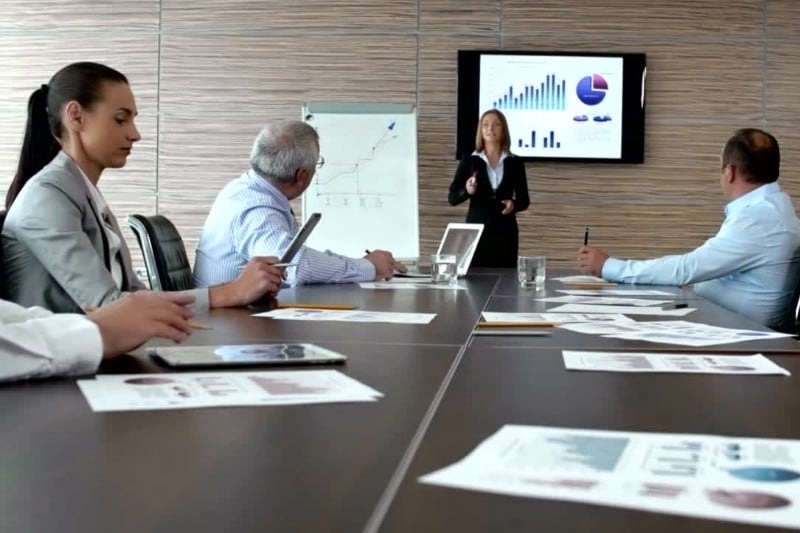 The average person speaks between 125 and 200 words per minute. However, this can vary depending on a number of factors, including the difficulty of the topic, the urgency of the situation, and a lot of other things.

In this article, we will explore more on average words per minute a person speaks and why it varies. Keep reading to learn more!

Also, be sure to check out our handy guide on how many words should be in your speech (based on number of minutes).

There are a number of factors that can affect how fast someone speaks. Here are  some of the most common reasons:

The average number of words per minute can increase or decrease depending on the complexity of the terms being used. If you’re speaking to an audience of experts on a complicated topic and using highly technical jargon, your speech will naturally slow down so that everyone can understand what you’re saying.

On the other hand, if you’re speaking with a group of friends about something that doesn’t require complex language, your speech will naturally be faster.

You may have noticed that the average rate of speech is given in terms of words per minute, rather than syllables or sounds. This is because pausing between words is a normal and essential part of speech. In fact, if you were to speak at a rate of one syllable per second, it would sound very odd and choppy.

There can be different types of  pauses in speech, such as:

Difficulty of the Topic

Speaking to an Audience

When speaking to an audience, the speaking rate can change based on how well you know them. If you are familiar with the people in your audience, you will speak more quickly than if they were complete strangers.

This is because you will be more comfortable and have a better understanding of their level of knowledge.

You will also take into account their age, gender, and culture when speaking to them. For example, you might speak more slowly to an older person or someone from a different culture so that they can understand you better.

The urgency of the situation can also affect your speaking speed. If you’re giving a speech that has a lot of time pressure, such as in an interview or debate, you’ll speak faster than if you were delivering a presentation with no time limit.

Anxiety and stress can also affect speaking speed. If you’re nervous about giving a speech, you may speak more quickly than usual. However, if your anxiety is so severe that it prevents you from speaking, you may be diagnosed with selective mutism.

Cultural variances can also affect words per minute. For example, in some cultures, it is considered impolite to speak quickly, while in others it is seen as a sign of confidence. In some cases, the language itself may dictate how quickly someone speaks.

Some languages, such as Spanish or Italian, have more syllables per word than English, so people who speak these languages tend to speak more slowly.

Can a Person Control How Fast They Speak?

There are a few things that you can do to try to control your speaking speed. If you’re nervous about speaking, practice beforehand so that you can get a feel for the natural flow of your speech. It may also help to focus on breathing deeply and evenly. You can also try to be aware of how fast you’re speaking and make an effort to slow down when you need to.

However, it’s important to note that there is no one “correct” speaking speed. What matters most is how well you’re understood, not how quickly or slowly you’re speaking. So if you find that you’re naturally a fast speaker, don’t worry – as long as your audience can understand you, you’re doing just fine.

Average Words Per Minute: Why Does It Matter?

So why is it important to know your average words per minute? Well, there are a few reasons.

If you’re giving a speech or presentation, knowing your average words per minute can help you to stay within the time limit that you’ve set for yourself. It can also help you to pace your speech evenly, so that you’re not speaking too quickly in some places and too slow in others.

If you’re a student or someone who is learning English as a second language, knowing your average words per minute can help you to track your progress. It can be helpful to know whether you are speaking more slowly than usual because of the difficulty of the topic, or because you’re feeling anxious.

Besides, if you’re interested in finding out how fast you speak compared to other people, knowing your average words per minute can be a fun way to see where you fall on the spectrum.

Although it’s difficult to estimate exactly how many words per minute one speaks, we can get a general idea of the average person’s speaking speed. This information can be helpful for people who want to become better public speakers or improve their vocal delivery when recording audio content.

Keep in mind that everyone speaks at different speeds, so don’t worry if you’re not on the high end of the scale – just aim to be as clear and concise as possible when communicating with others. Do you know your average words per minute?